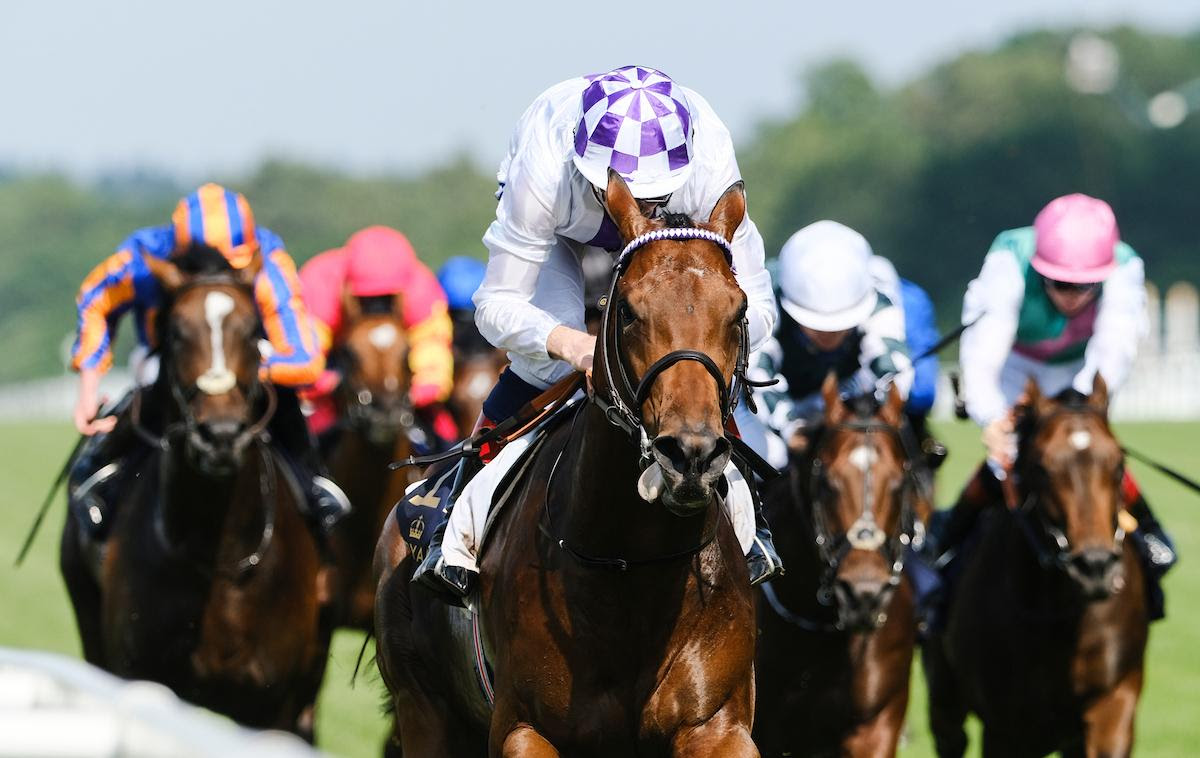 QIPCO 2000 Guineas hero Poetic Flare was a dominant winner of the G1 St James’s Palace Stakes for Jim Bolger, one of the highlights of Royal Ascot’s opening day.

The race, restricted to three-year-olds over the round mile, looked competitive on paper but proved anything but with jockey Kevin Manning and his mount travelling with confidence before clearing away for a four and a quarter length victory.

Trainer Jim Bolger – who bred the son of Dawn Approach – has kept Poetic Flare busy, running in three different 2000 Guineas over a three-week period, but that proved no barrier for Poetic Flare.
Lucky Vega chased the impressive winner home, with Battleground a neck further back in third.

Manning said: “The ground is what this horse needs. You want that good, quick ground and that’s what we got today, and he showed how good he is.
“He travelled very well; there was a nice, even pace in the race and always something to aim at.

He just travelled so easy into the race, and when I asked him to pick up, he put the race to bed in a matter of strides.
“I couldn’t believe that I was travelling so well and was half sitting down rather than having to go forward.

He’s an unbelievable horse. He’s a very tough individual who does himself very well. He has taken his racing very well.
“I don’t want to compare him to his sire [Dawn Approach, on whom Manning won the St James’s Palace stakes by a short-head in 2013], although if you are going on this race his dad only won by a short-head, not more than four lengths like Poetic Flare, but they are both fantastic horses.

“Riding these good horses is fantastic; it’s going well and I’m enjoying life. This place has been a lucky hunting ground for us over the years – we haven’t had loads of runners over the years, but the ones we’ve brought over have all had chances. We have just the one runner this week, and to win is marvellous.”

Speaking to Sky Sports from his home, Bolger said: “I’m very relaxed about it. I have tremendous confidence in this horse and I was expecting him to go and do that. Thanks to all my staff and everybody who has helped.

“We always knew he was hardy from the word go, even when he was being broken in you couldn’t keep him quiet. We’ve bred from the family since the very early 1980s, so a long time. When you have a horse winning the St James’s Palace like that you don’t really think about all the relatives and the breeding, you wouldn’t care if he came to you off the back of a truck as long as you had him.
“This horse is so hardy he’s unbelievable, you have to give it to him to keep his back down