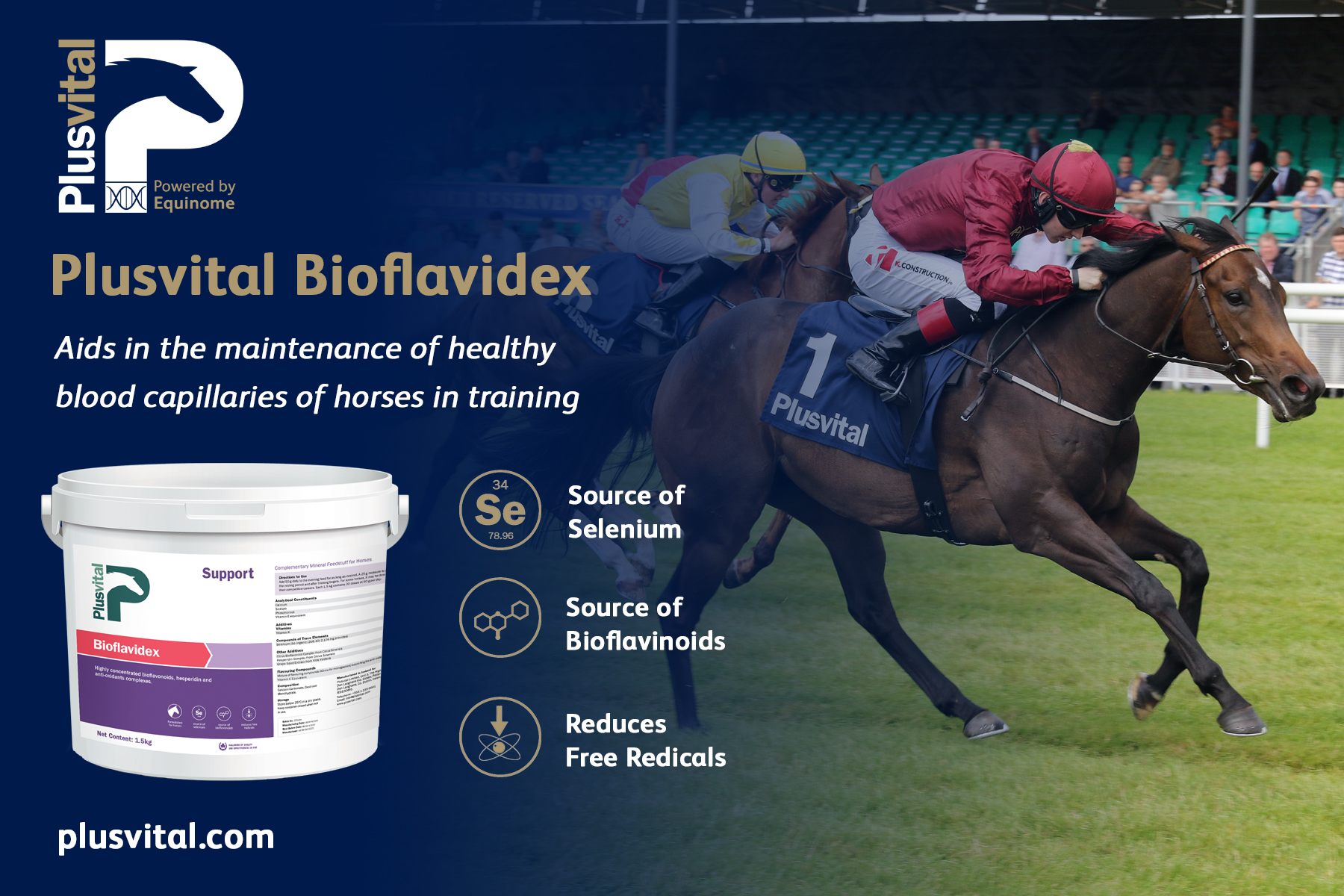 EIPH: Everything You Need To Know About “Bleeding” In Horses

EIPH: Everything You Need To Know About “Bleeding” In Horses

Exercise induced pulmonary haemorrhage (EIPH) is a disorder most commonly observed in Thoroughbreds, Quarter horses and Standardbreds during fast sprint work but which is also observed in other high performance horses in sports such as three day eventing, polo, reining and barrel racing.

It occurs as a result of high pressures across the pulmonary capillary walls (known as transmural pressure) and this is created by both high blood pressure within the pulmonary capillaries (which surround the alveoli in the lung) caused by large cardiac output and negative pressures within the alveoli caused by inspiration of large amounts of air (or high flow rates).

This combined with the extreme thinness of the blood gas barrier (1/50,000 or an inch or more than 50 times thinner than a human hair) leads to rupture of capillary walls and flow of blood into the interstitial and alveolar spaces.[vc_single_image image=”8901″ img_size=”full” alignment=”right” onclick=”custom_link” link=”https://www.plusvital.com/equine-supplements/equine-support-supplements/bioflavidex/”]Bleeding from the nostrils occurs only in a very small percentage of horses which have an episode of EIPH. The pathogenesis of the disorder has still not been fully elucidated although several theories had been investigated some examples of which include upper airway obstruction, abnormal red blood cell shape and large forces associated with gait causing shock waves to travel through the lung tissue.

The estimations of prevalence of EIPH within a population is dependent on the method of diagnosis used. Endoscopic examination involves the placement of a scope into the trachea to visualise the inside of the lumen and then a grading system is employed for EIPH which is dependent on the amount of blood visually present. Using a single endoscopic exam estimates EIPH prevalence between 43-75% in thoroughbred racehorses. Repeated examination of individual horses post intense exercise cause detection rates to increase to as much as 95%, with one previous study reporting identification of EIPH at least once in 80% of the horses studied when they were scoped after three consecutive races.

Another way to diagnose EIPH is to identify a breakdown product of red blood cells called hemosiderin in lung macrophages. A sample for this is obtained by performing a bronchoalveolar lavage where a small amount of fluid (300 ml in 50 ml aliquots each time) is syringed into the lungs using a long catheter and then after two breaths drawn back out and essentially a “wash” or lavage of the lung is obtained for laboratory analysis. Studies have reported that pretty much all horses in training or racing have some degree of bleeding (i.e. hemosiderin present in samples).

The medical treatment for EIPH is to administer a diuretic called Furosemide (brand name Lasix among others) 4 hours before exercise, which increases urine output and thus reduces blood volume. In this way it has been shown to reduce calculated pulmonary capillary blood pressure and transmural pressure. Furosemide has been shown to reduce EIPH severity in a treadmill study, however it does not completely prevent EIPH occurring.

Overall there is good evidence to support Furosemide decreasing the severity and incidence of EIPH. Furosemide is connected to controversy in equine sports due to its link to performance enhancement which has been reported in some research on the subject. The mechanism of this enhancement however is not clear and has also been proposed that it may actually be related to weight loss caused by the medication.

A non-medical treatment option is the use of nasal strips. Horses are obligate nasal breathers and during forceful inhalation during galloping the theory is that the presence of a nasal strip will support the nasal passage and prevent any potential collapse and thus increased resistance to inhalation. In this way, it would help to reduce the transmural pressure at the blood gas barrier. A few studies with small numbers of horses have reported a potential reduction in EIPH with the use of nasal strips.

Furosemide is only permitted in a few racing jurisdictions and may be also banned in these in the future. For this reason, among others, alternative approaches to attempt to reduce or prevent EIPH in horses are highly sought after.

As there is an inflammatory aspect to repeated episodes of EIPH, which can produce associated free radicals, preventing further insults to the lung tissue from the environment, reduction of fibrosis of lung tissue caused by chronic EIPH and supporting repair to the tissue is important. Plusvital Bioflavidex is a nutraceutical product targeted at EIPH nutrition support. It has the benefit of being composed of compounds which are all legal to be used during competition.

This product provides a highly concentrated supply of antioxidants including citrus bioflavonoids, hesperidin, grape seed extract, organic selenium and natural polyphenols to support the body in dealing with free radicals produced and to help promote heathy respiratory and circulatory systems. Citrus bioflavonoids and hesperidin are included for their potential anti-inflammatory properties.

Some studies have also reported bioflavonoids having a benefit in conditions involving capillary hyper-permeability. Additionally the formulation contains vitamin K for its role in blood coagulation and to assist in this blood clotting in the event of an EIPH episode.